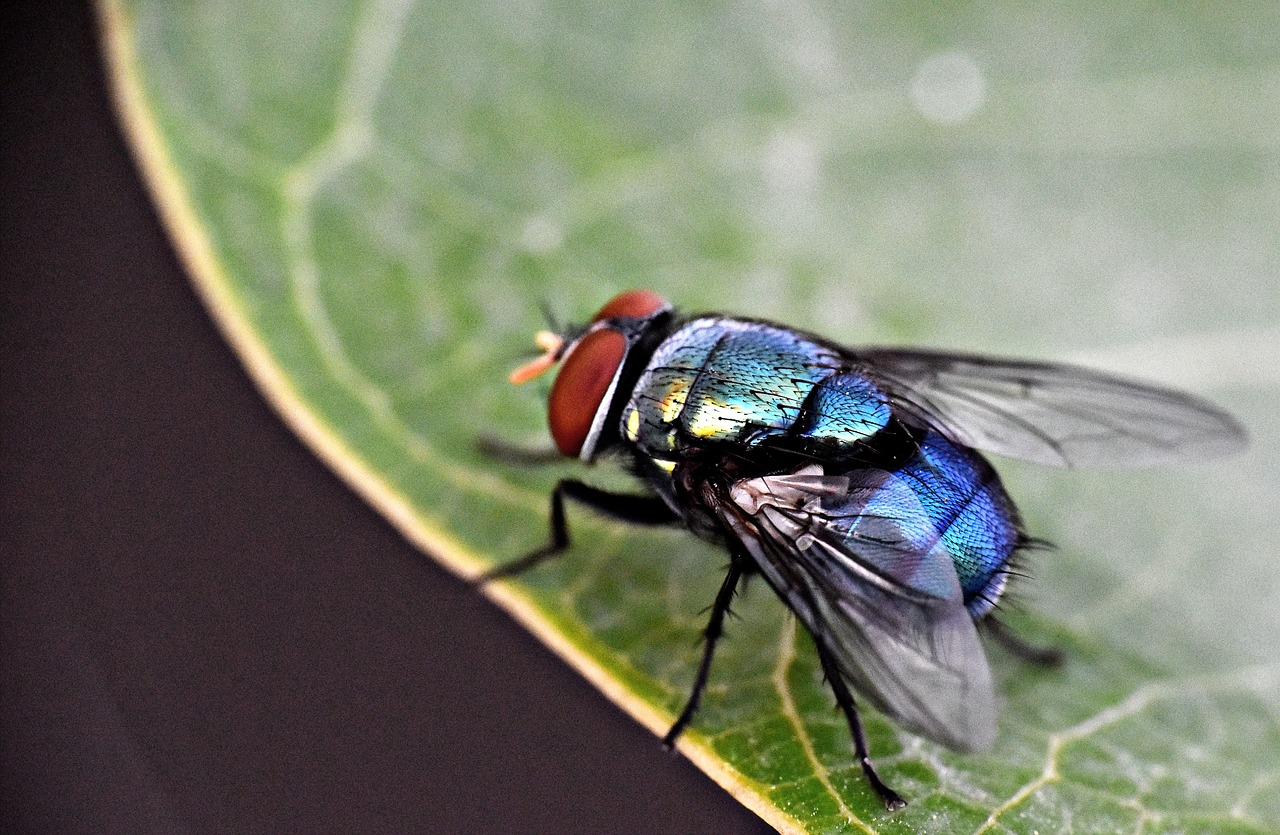 We all know what flies look like. They are these little flying insects that buzz around our homes and land on our food. But do you know that there are actually many different kinds of flies that can infest your home? House flies are the most common flies around, but there are others that are just as annoying and potentially dangerous, like blow flies.

1. There are more than a thousand types of blow flies

Blow flies — also spelled blowflies — are a family of more than a thousand types of flies. Some of the most notable among this family are the screwworm, the bluebottle fly, the greenbottle fly, and the cluster fly.

Screwworms are the larvae of some blow fly species, and they are called as such because their bodies have rings on them, making them look like the legs of screws. Bluebottle and greenbottle flies are characterized by their metallic blue and green colors and obnoxiously loud buzzing sounds. And cluster flies are blow flies that buzz in huge clusters, as their name suggests.

2. Most blow flies are metallic blue or green

When you see flies at home, you don’t normally think about what fly species they are. You just automatically assume that they are house flies since house flies are the most common of them all. But if you see flies that seem to be metallic, especially if they are blue or green, they are likely not house flies but blow flies. You are probably seeing bluebottle or greenbottle flies.

These metallic colors are some of the most distinguishable traits of blow flies, particularly the bluebottle and greenbottle flies of the blow fly family.

3. These flies are attracted to dead animals and excrement

Most flies are attracted to dead animals and excrement, but blow flies take it to another level. Many blow fly species lay their eggs directly on dead animals, so their larvae have immediate access to food, which is decaying flesh in this case. Some species also infest wounds of living animals, so animals don’t necessarily have to be dead to experience the horror of fly infestations. Even your dog is not safe.

Blow flies see excrement as food, so it’s likely that you will see them if you have animal manure, compost, or pet feces on your property.

4. They have four life stages

Blow flies have four life stages, namely the egg, larvae, pupa, and adult stages. They can go through these stages in just two to three weeks and then live as adults for as long as a month.

Eggs turn into larvae within a day. Larvae will feed on the dead animal or excrement where they are born. And then they bloat, transition to the pupa stage, and stay in that stage for a few weeks until they become fully developed flies.

5. They are significantly different from house flies

Blow flies and house flies have many similarities. For instance, they share the same four life stages that are typical for flies in general. But they also have key differences that make them wildly different from each other, especially when it comes to physical appearance and habits.

6. Blow fly infestations are quite easy to spot

These flies have particular habits that make infestations quite easy to spot. They tend to swarm in a particular area, so you will immediately notice them. And even if you don’t see them, you will definitely hear them because of the obnoxiously loud buzzing sounds they do.

Their unique metallic hues are also a dead giveaway. It’s important to know that you are dealing with blow flies and not other types of flies because different flies have different characteristics and attractors. For instance, if you have a rich garden with fruits and vegetables, you are more likely to attract fruit flies and not blow flies.

How to get rid of blow fly infestations

Blow flies are health risks primarily because of how they are attracted to decaying meat. They come in contact with a lot of animal and human pathogens, and they may end up carrying and spreading these. Here are three simple ways to get rid of blow fly infestations.

Flies in general are dangerous and disgusting creatures. But you should be careful of blow flies in particular. They are attracted to decaying meat and excrement, making them carriers of many disease-causing bacteria.

Luckily, you can easily spot blow fly infestations because of the habits of these pests. You can also easily get rid of them with commercial products or pest control professionals.