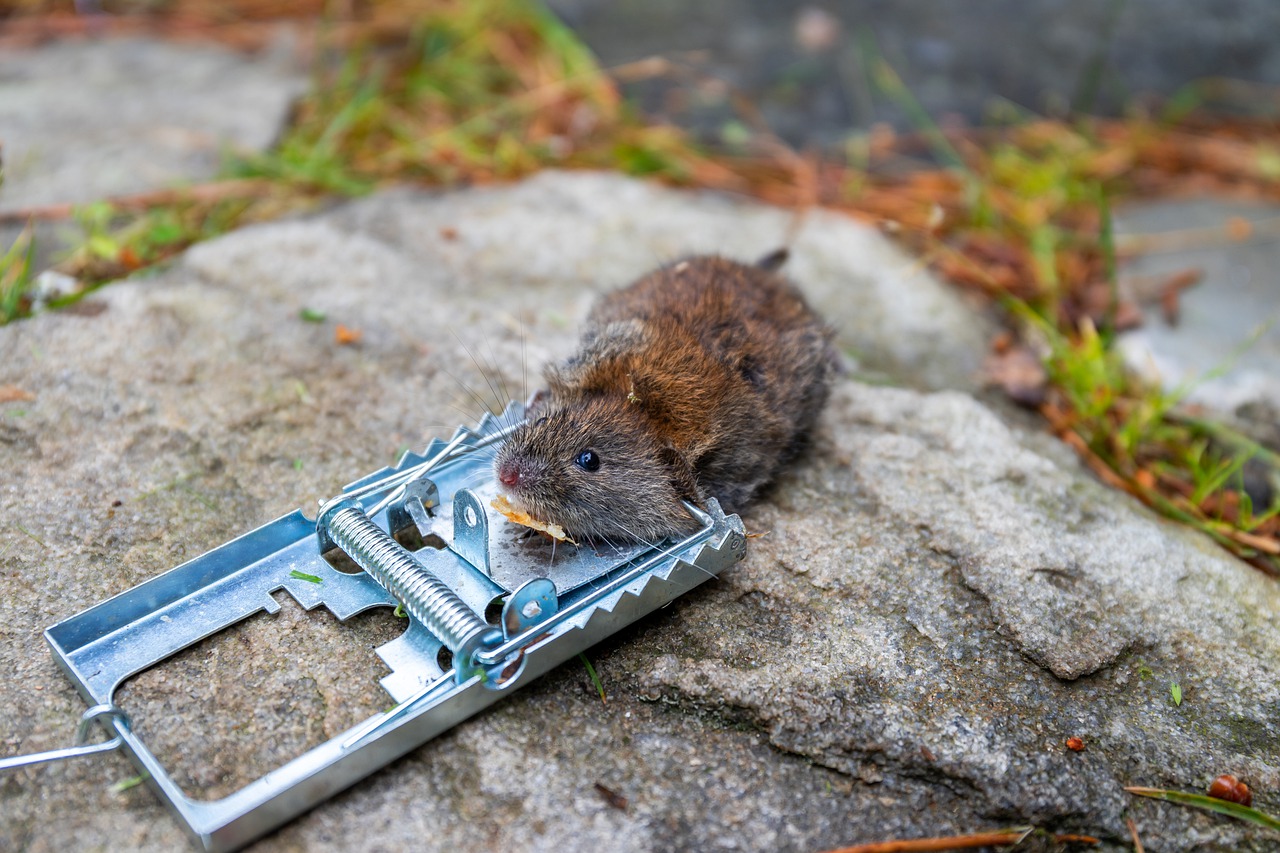 One way to get rid of a rat infestation in your home is to use traps. But there are instances where traps are not super effective, like when the trapped rat is not completely killed. So, what do you do to a trapped rat that is still alive?

1. Kill the trapped rat as humanely as possible

One of the most logical things to do is to simply kill the trapped rat that is still alive. But we are not barbarians. There are humane ways to kill the poor rodent.

You can say that you have killed the rat humanely if the death is swift. There is no unnecessary suffering and pain.

You can hit the rat with a hard object in the head to kill it with trauma. You can also shoot it with a projectile from far away, especially if you think it’s dangerous to get near the animal.

There are more complex methods to kill a rat humanely. For example, carbon dioxide asphyxiation is the most commonly used method of euthanasia for lab rats.

Make sure to do proper research on any more complex method first before executing them. The last thing you want is to make the rat suffer further because of a failed euthanasia attempt.

2. Release it into the wild

If killing an animal is not something you want to do, even if the animal is a pest, you should definitely consider other methods. Forcing yourself to kill the trapped rat that is still alive may just result into a failed attempt that will make the poor thing more injured than before.

Releasing the rat back into the wild is a nice option. But be very careful in picking up the trap and its trapped victim. An injured and trapped rat can be aggressive. Find a way to not have direct contact with the rat.

For example, if the trap is a cage, make sure to touch the cage on the handle only. If the trap is a snapping trap, consider putting it inside a container, like a bag.

Release the rat in an area that is far away from your home. If you don’t, the rat may go back into your home and start another infestation.

3. Take it to the vet to heal its wounds

When you think about vets, you almost always just picture a dog and cat doctor. But vets also deal with exotic animals, such as rodents.

You can take the rat to the vet to help it recover from the injuries it has acquired from the trap. This is a good option if you think killing is barbaric and releasing it back into the wild injured is inhumane.

There are many kinds of injuries a rat can get from traps. These injuries will depend on the kind of trap that has been used. But generally, injuries involve broken or missing limbs. The limbs may have been cut off or caught in one of the trap’s mechanisms.

The trapped rat’s injuries may be severe enough that releasing the rat into the wild becomes pointless. The rat will just die because it will not be able to fend for itself.

4. Call professionals to let them handle it

Dealing with a trapped rat that is still alive can be very stressful. You have to think about whether you should kill it or not. You should make the effort of releasing it into the wild safely or taking it to the vet. Some people don’t want to deal with this kind of situation or simply don’t have the time.

If you are one of these people, consider getting the help of professionals. There are a number of professionals you can call, such as your local animal controllers, animal safety organizations, and pest control services.

If you let a professional handle it, you are reducing your responsibility to the situation and letting more experienced people to handle it. You are also avoiding the risks that may come from dealing with rodents. For example, do you know that rodents spread diseases?

Before you choose a method, assess the situation first

The four methods described above are all effective, but this doesn’t mean you can just randomly choose one.

You should first assess your trapped rat situation before choosing a method. This way, you will know what method suits best for your situation so you can get the best results.

Here are some questions you can ask:

If you can answer these questions, you can deal with the situation better. For example, if the rat is severely injured, you can consider finishing it off with a fatal blow instead of releasing it to the wild.

If the rat is just stuck and still healthy, you can consider releasing it into the wild instead of forcing yourself to kill it.

You can maximize the effectiveness of the methods enumerated above if you can assess your trapped rat situation properly.

Next time, consider using a trap that will surely kill the rat

4 thoughts on “What Do You Do to a Trapped Rat That is Still Alive?”