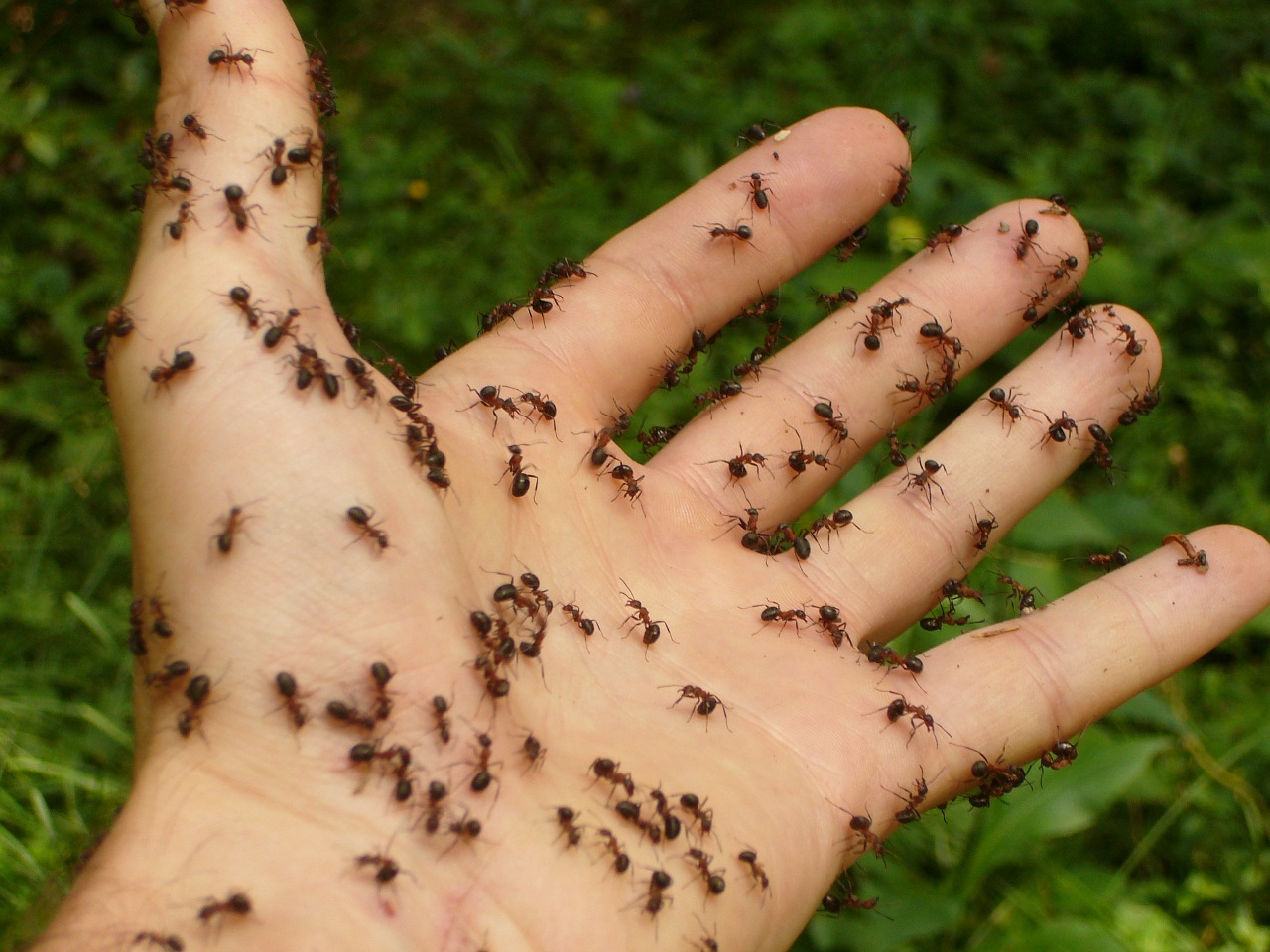 When you read about solutions to ant problems online, you will notice that ant baits always come up. What are ant baits exactly and how do they get rid of ants in your home?

Ant baits are a mix of food and poison. The food is there to attract the ants while the poison is there to kill them. They are some of the most effective ant control methods out there because they can kill the ant queen and ultimately destroy the colony bothering your home.

Ant baits work by deceiving worker ants to take them back to the colony and eventually kill the queen.

Remember that worker ants go in and around your home looking for food and water. They are generally the ones causing disturbances in your home, while other types of ants, such as their queen, stay in the colony.

Place the ant baits near ant trails or areas with high ant activity. The worker ants will gather the baits and bring them back to the colony, eventually killing everybody there who consumes the baits. This can be a slow process, because the toxic substances in the baits are slow-acting.

They are slow-acting to give time for worker ants to gather the baits, transport them back to their colony, and get eaten. If the toxic substances are fast-acting, the worker ants will not have an opportunity to spread the demise in their colony and just die on the spot.

Ant baits are very effective in getting rid of ant problems at home, because of the fact that they can kill the queen of the ant colony. You can’t really say the same for other ant control methods, such as repellents and sprays.

Before using ant baits for your ant problem, it’s important to understand them first inside out. Here are the pros and cons of using this ant control method.

Here are some tips to make sure you are using ant baits effectively.

You can buy ant baits at the store or make them on your own. DIY ones are just as effective, and you can make them using ingredients that are easily accessible.

One of the most popular DIY ant baits only has two simple ingredients – borax and powdered sugar. The powdered sugar acts as the food that attracts the worker ants and the borax acts as the toxic substance that will eventually kill all the ants in the colony.

Simply combine borax and powdered sugar in a 1:3 ratio. Sprinkle the product near ant trails or in areas with high ant activity. And make sure that these places are not accessible to children and pets.

Ant baits are a combination of food and poison. They are taken by worker ants back into the colony and kill everybody there. This makes ant baits one of the most effective ant control methods.

But they are not perfect. They can be risky to households with children and pets and may take a while to take effect because of the slow-acting toxic substances in the baits.